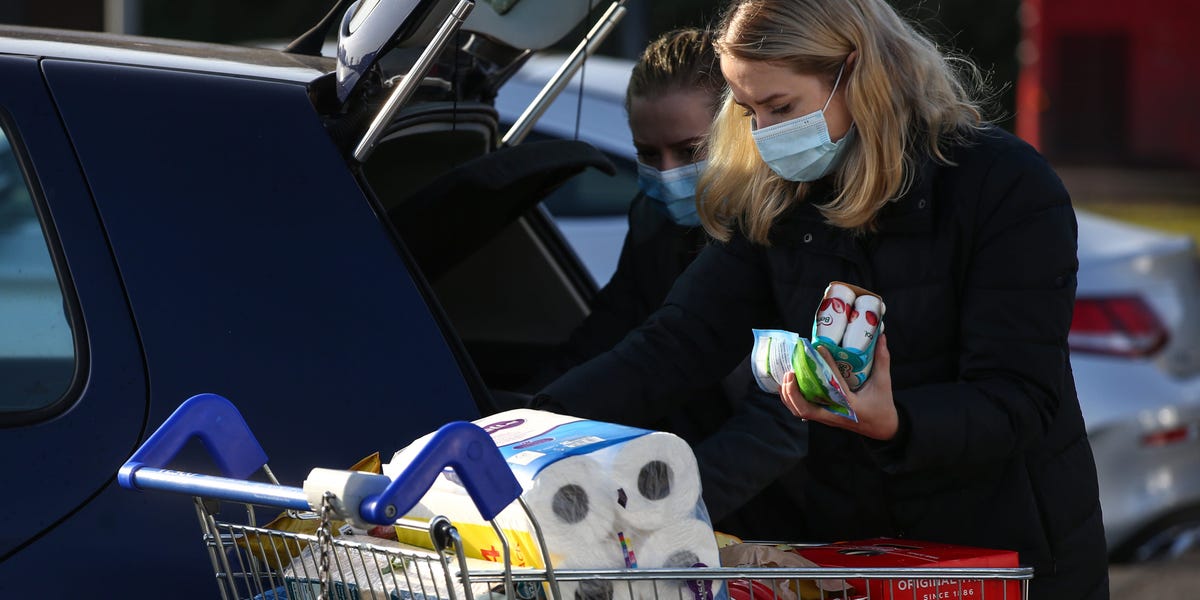 A dark store is essentially a grocery store without customers, dedicated to fulfilling online deliveries of groceries and other supplies. Buying your weekly food supply online is an established concept, but the new wave of dark store startups in Europe promise to cut urban delivery time from days or hours to as little as 10 minutes by using a network of small urban warehouses.

The European grocery retail market is overall expected to be worth approximately €2.3 trillion ($2.7 trillion) in 2022, according to IGD.

Investors piling into these companies hope the boom in online shopping, supercharged by the pandemic, is here to stay and applies as much to daily essentials as clothes and electronics.

They're also betting that faster delivery will appeal to younger consumers increasingly accustomed to the benefits of the on-demand economy.

In some cases, the startups attracting investor attention and high valuations are so new that there is no information about their services or pricing available yet.

Users pay a delivery and service fee, as they would for Uber Eats, which likely ranges between $2-4 depending on the the proximity. These businesses are early stage so it's unclear how their pricing model works, and there are likewise questions about their sustainability and margins.

"Everyone is looking at the space, it's the next e-scooters," one London-based investor said.

In the UK, investors are circling a new dark store startup called Dija, which was only incorporated this week. The company doesn't appear to have a live website or app yet, but investor sources described the firm as a grocery delivery startup operating with a dark store model.

Two sources with knowledge of the situation said European early-stage fund Blossom Capital is set to lead a funding round of approximately $13 million into the startup.

Demand from institutional investors was high, the sources said, and unnamed later-stage investors are thought to be providing roughly a further $7 million in capital via convertible notes. In an unusual arrangement, the idea is to give these investors a cheaper route into Dija's subsequent funding round.

That would put the total deal size around $20 million for a company that is pre-launch and pre-revenue. Business Insider also understands that the company has a valuation of $75 million pre-money, a staggering amount for a newly minted company.

The firm was set up by Alberto Menolascina, previously chief growth officer at dark kitchen startup Reef Technologies, and prior to that a corporate strategy director at Amazon-backed UK food delivery firm Deliveroo. Cofounder Yusuf Saban was previously chief of staff to Deliveroo CEO Will Shu.

Blossom Capital and Dija's founders did not respond to a request for comment.

In Germany, dark store startup Gorillas is thought to have raised $40 million from hedge fund Coatue, according to a local media report that pegged the startup's valuation at $200 million pre-money. Two industry sources also said Coatue had backed the deal to the tune of $30 million to $40 million. Gorillas is also advertising job postings that state it has raised money.

The German startup is still in the early stages, but on its site promises app-based grocery delivery in as little as 10 minutes.