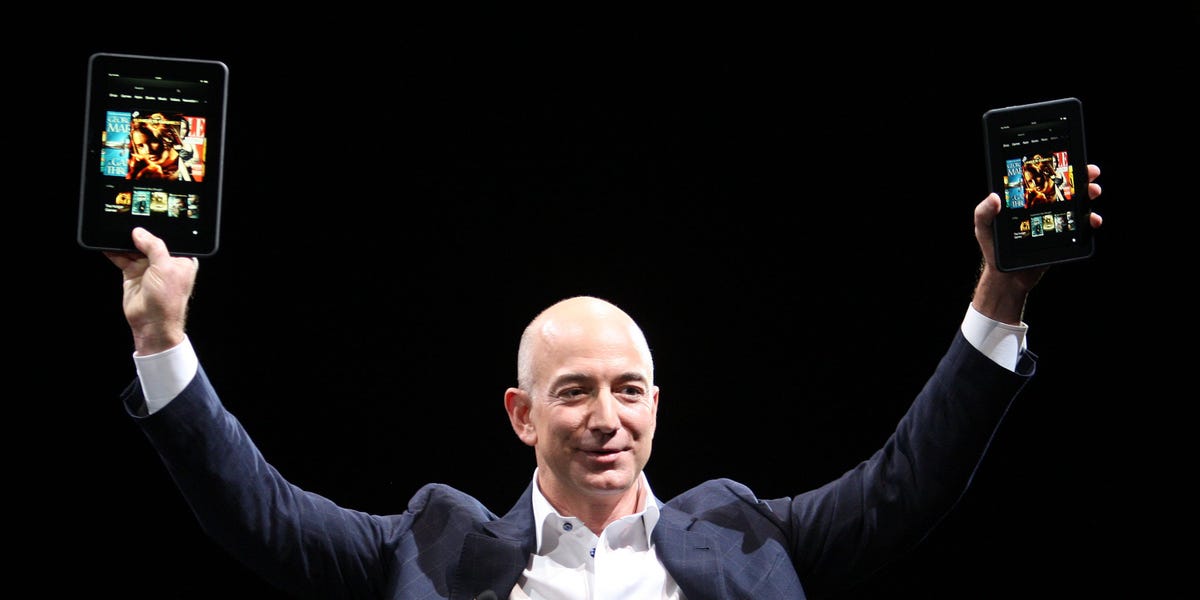 2020 has been a tumultuous year for Big Tech. The celebrity CEOs from Amazon, Alphabet, Facebook, and Apple were in and out of courtrooms for antitrust lawsuits. Microsoft faced extreme competition in the video conferencing space as the world moved to work-from-home setups.

But, we shouldn't feel too bad for the executives leading the biggest tech companies — they earned an average of $27 million in 2019 total reported compensation.

Business Insider analyzed compensation information from proxy statements to understand the pay structures that the biggest tech firms in the US use. The SEC requires companies to disclose specific compensation data for executives each year, which provide insight into the way firms think about pay.

The approach to compensation differed for each executive. Besides Zuckerberg's $1 salary, he received only an allowance of $20 million for personal and family security and for use of the company aircraft. Pichai's salary of $650,000 is overshadowed by the equity award he received of almost $300 million. It's worth noting that Alphabet's executives don't receive equity awards every year, so when awards are granted, they are large and vest (or become available for the executives to use) over the following years. A majority of the equity Pichai received in 2019 vests over 3 years. Bezos' salary was less than $100,000, rare for a CEO.

At $1.7 million in total reported compensation, Bezos comes in as the lowest earner in 2019 amongst fellow Big Tech CEOs. But don't shed any tears for Mr. Bezos — according to Bloomberg's Billionaires Index, Bezos is the world's richest person, with a net worth of $190 billion.

In the chart below, we show compensation for each CEO as it was presented in the summary compensation table in each firm's proxy statement, split out by element. Hold your cursor over the labels at the top to highlight the different parts of the executives' compensation, and reference the bulleted list at the end of the article for more information on each compensation element.

Besides the CEOs, other big tech executives are also paid millions

The SEC requirements around compensation data go beyond just what CEOs are paid — they require the disclosure of annual compensation for the CFO and the three otherwise highest-paid executives as well.

Below, we've provided a database of all the executives listed in proxy statements, and each person's compensation data for the big five tech companies. Executives range from CFOs to COOs to heads of businesses. Co-founders are included, as well as legal officers, sub-CEOs, and those in charge of sales or retail.

We've compiled this data into a searchable database below. In the table, you can click any title heading to sort (for example, you can click "Salary" to sort the table by salary from low to high, and click it again to sort from high to low). You can also search for a specific executive or company using the search bar. The table also scrolls horizontally. Navigate or scroll to the right to view all available data.