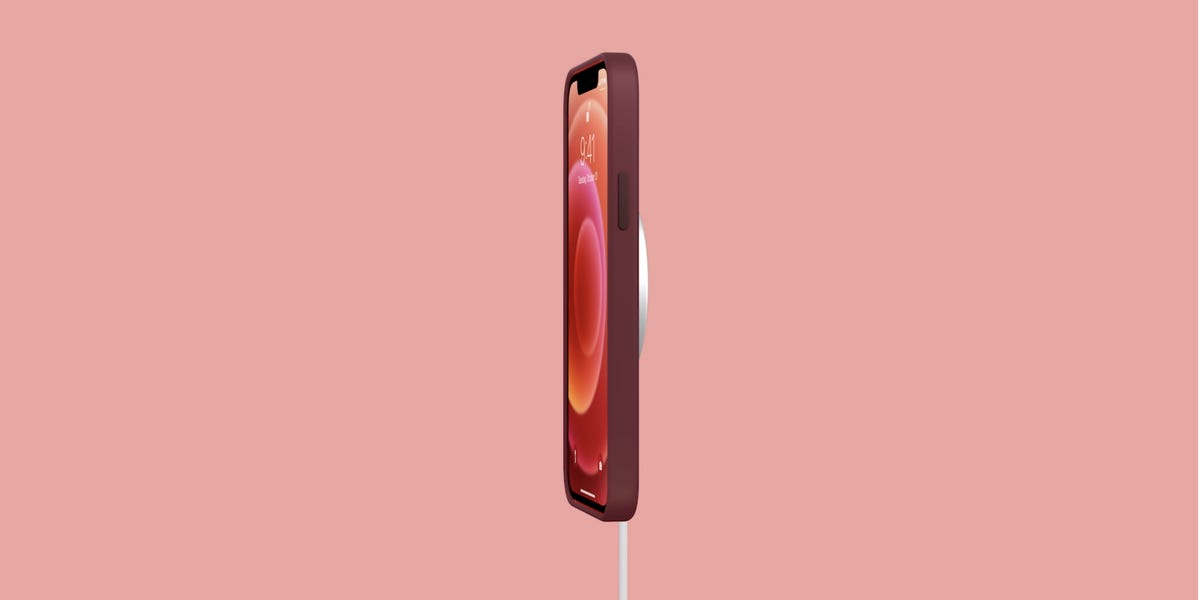 Apple has issued new guidance about its MagSafe chargers for the iPhone 12.

The new chargers, which Apple unveiled earlier this month at its annual iPhone event, magnetically snap to the back of the new iPhone 12 models. The goal is to make wireless charging a more seamless process — in the past, devices needed to be placed on a wireless charging pad or stand in exactly the right position in order for them to charge. With MagSafe, the magnets will ensure your device is always in the correct spot.

Apple recently published a page on its support site about how best to use the new charger, which includes clearing the charging pad of objects or debris and using a 20 W or greater power adapter for the fastest charging.

But Apple also warned of a few issues users may face with the MagSafe charger:

1. The charger or your phone may get too warm

On the support page, Apple warned that the MagSafe charger may get too warm while you're charging your phone, which could cause the phone's software to halt charging above 80%. Charging would resume after the phone or the charger cools down — Apple recommends moving your phone and charger to a cooler spot.

Heat during charging is common with wireless chargers and is likely nothing to worry about. As ZDNet's Adrian Kingsley-Hughes pointed out, even when your phone gets warm during charging, it's still within normal temperatures for a smartphone and is unlikely to damage the device — especially considering that Apple's software will pause charging to preserve the health of the battery.

If you're concerned about the heat, make sure the charging pad is on a hard surface and not in direct sunlight, according to ZDNet.

2. Credit cards could be damaged if they get in between your phone and the charger

MagSafe chargers rely on magnets to snap the charger to the back of your device. While that's helpful for wireless charging, it could cause harm to other objects and devices.

Apple warns not to place credit cards, security badges, passports, or key fobs in between your phone and the charger, as that might damage magnetic strips in cards or RFID chips. Magnets have the ability to erase the information stored on your credit card and Apple says the magnets may also reduce the performance of items with RFID chips.

Wireless chargers rely on something called magnetic induction, so the same is true for any wireless charger, not just Apple's new MagSafe version. But the reason it's particularly important to be aware of now is because of Apple's new MagSafe accessories — particularly the leather wallet that snaps to the back of the new iPhone 12. If you do choose to use the new wallet, make sure you remove it before wirelessly charging your device.

3. The charger may damage your iPhone case

The new MagSafe charger will charge your phone if you keep your case on, unless you use a metal case or a particularly thick one.

But if you use a leather case, you may also want to remove it before charging: At the bottom of its support page, Apple warns that the charger may leave circular imprints on your case after you remove it from the charger.

And while Apple doesn't mention silicone iPhone cases, the same may be true for those cases as well. According to a photo shared with MacRumors, the charger appears to leave faint but clearly visible marks on the case.