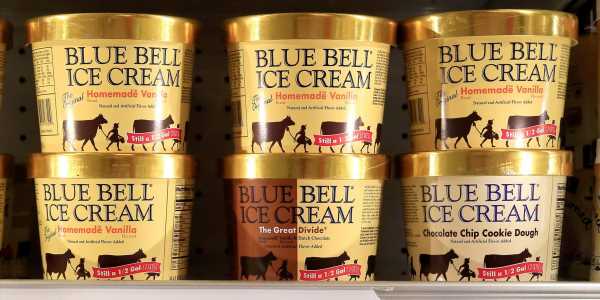 The Department of Justice charged the former president and CEO of Blue Bell Creameries with seven counts of wire fraud and conspiracy to commit wire fraud on Tuesday, alleging he worked to cover up Listeria contamination in its ice cream.

The Listeria outbreak was related to 10 hospitalizations and 3 deaths, according to the CDC.

In addition, Blue Bell did not immediately recall the ice cream products or tell customers about the contamination concerns, the Department of Justice alleged. Instead Kruse waited until April, two months after Texas State Health officials first notified the company, according to the indictment.

"American consumers trust that the individuals who lead food manufacturing companies will put the public safety before profits,"  said Acting Assistant Attorney General Jeffrey Bossert Clark of the Justice Department's Civil Division. "The Department of Justice will take appropriate action against those who ship contaminated products and choose not to tell consumers about known risks."

"We firmly believe that the charges are untimely and will be dismissed," said Kruse's lawyer, Chris Flood, in an interview with Business Insider. "Aside from that, the charges aren't true … Blue Bell did the best they could with the information they had at the time. And there was never an intention to defraud anybody."

In healthy individuals, food poisoning from Listeria can result in symptoms like fevers, headaches, stiffness, nausea, abdominal pain, and diarrhea. But for other groups, Listeria can pose a serious risk, the FDA said. Those with weakened immune systems can suffer fatal infections from Listeria, and pregnant women can suffer miscarriages from a Listeria-borne infection, according to the FDA.

"Paul Kruse left his position as CEO and President of the company in February 2017 and left the board in February 2019," a spokesperson for the company wrote in a statement to Business Insider. "All legal proceedings between the Department of Justice and the company have been finalized."

In May, Blue Bell pleaded guilty to two counts of distributing adulterated food products and paid $19.35 million in fines, forfeitures, and civil settlement payments associated with the case, according to the Department of Justice.