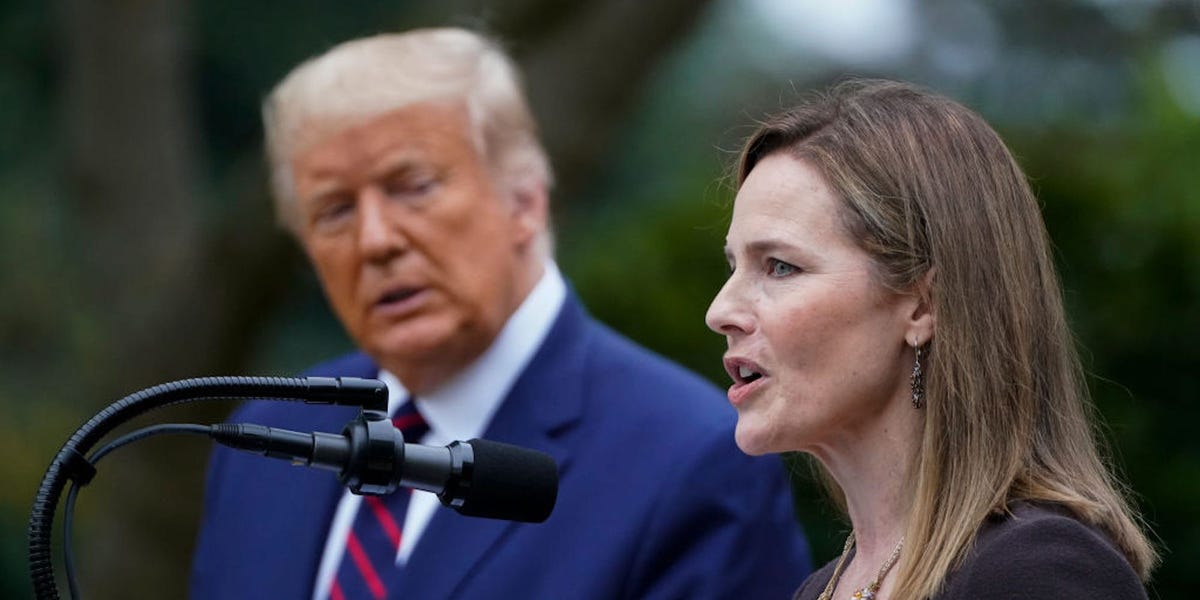 A slim majority of US voters now support confirming Amy Coney Barrett to the Supreme Court, according to a new Morning Consult poll.

The percentage of Democrats supporting Barrett's confirmation has more than doubled since she was nominated in late September, the polling showed.

The vast majority of Republicans (79%) said the Senate should vote to confirm Barrett. Support among GOP voters for Barrett's confirmation has steadily risen since she was nominated, rising eight percentage points overall from September 26 to now.

The rise in support for Barrett among voters, including Democrats, suggests that the Supreme Court nominee's performance during her confirmation hearings earned the backing of a significant chunk of Americans. However, Barrett was also heavily criticized by congressional Democrats during the hearings for her evasiveness during questioning, and general refusal to share her positions on an array of issues.

After Ruth Bader Ginsburg died in September, President Donald Trump nominated Barrett to fill the late justice's seat. The move immediately prompted criticism from Democrats given the proximity of her nomination to the 2020 election. In 2016, Senate Republicans blocked President Barack Obama's nominee to the Supreme Court, Merrick Garland, on the basis it came too close to the election. Republicans, who controlled the Senate at the time, did not even hold confirmation hearings for Garland.

Garland was nominated 237 days before the 2016 election. Comparatively, Barrett was nominated 38 days before Election Day in 2020, and Republicans have rushed to see her confirmed with Trump trailing former Vice President Joe Biden in national polls. The Senate is poised to hold a confirmation vote for Barrett on Monday. With a 53-47 majority in the Senate, the GOP is expected to easily confirm Barrett to the nation's highest court.