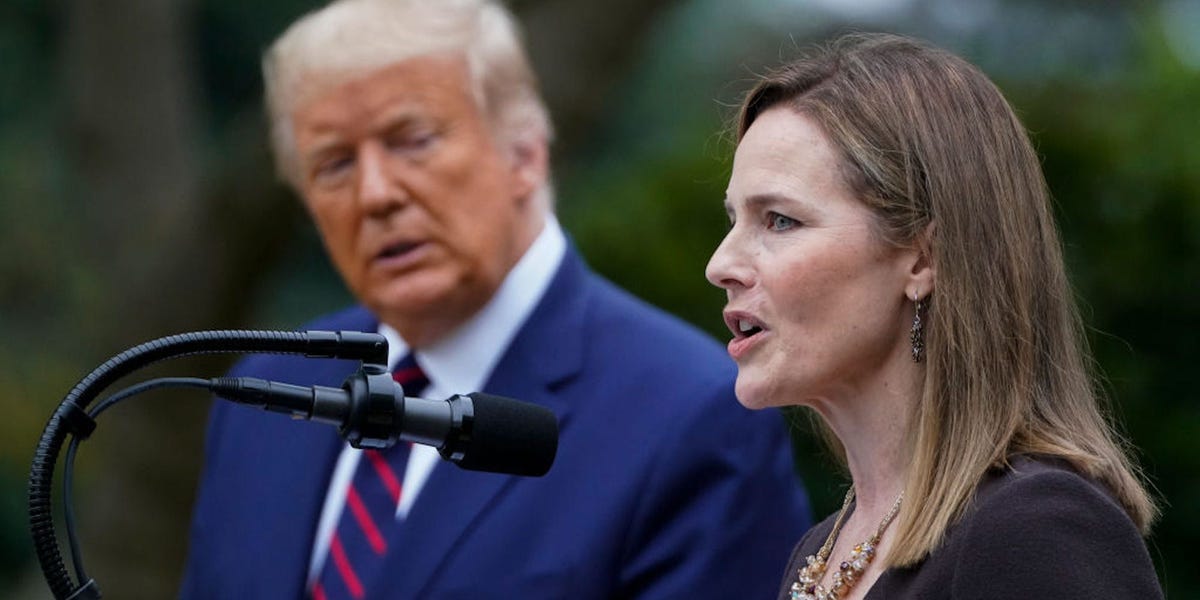 The group has had increased attention given that on Saturday, President Donald Trump nominated one of its members, Amy Coney Barrett, to fill the Supreme Court seat left by the late Justice Ruth Bader Ginsburg.

"On September 23, 2020, our security staff identified an incident via our website involving unauthorized access to contact information in our membership directory," People of Praise spokesperson Sean Connolly told CNA.

"No further details, such as parties that may have initiated this incursion, are known, and we have provided our members with resources should they notice suspicious activity," he said, according to CNA, adding: "steps were immediately taken to address the incident, including notifying appropriate federal law enforcement and our members."

People of Praise did not immediately respond to questions from Business Insider about how many members were impacted, what information was accessed, and whether the hackers still have access to its servers.

The small religious group, which was founded in 1971 and consists of approximately 1,700 mostly Catholic and Christian members across 22 cities in North America and the Caribbean, received increased scrutiny after Barrett quickly rose to the top of Trump's Supreme Court shortlist.

People of Praise has come under fire from ex-members, particularly over its alleged treatment of women.

Coral Anika Theill, a former member in Oregon, told Newsweek that women are supposed to be "absolutely obedient" and those aren't are "shamed, shunned, humiliated."

According to Rolling Stone, former member Adrian Reimers said that a married woman in the group is "expected always to reflect the fact that she is under her husband's authority" and "whatever she does requires at least his tacit approval."

Some Democrats attacked Barrett over her connections to the group in 2017 during her confirmation hearing to become a circuit court judge, prompting claims from Republicans of religious bias. The issue is not expected to be a central focus this time around.