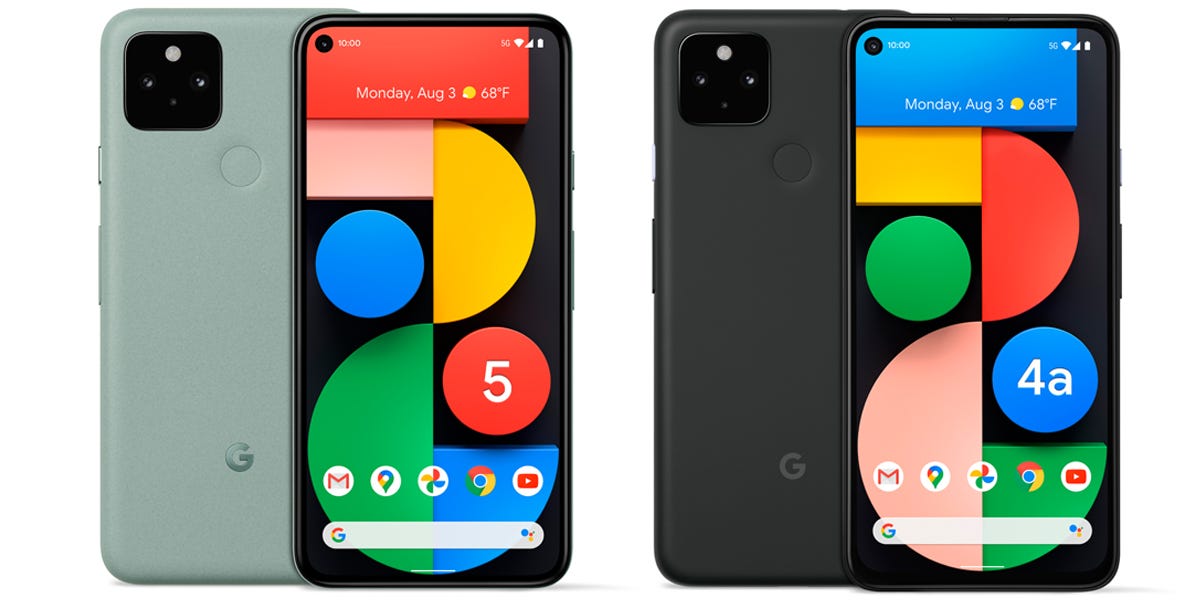 When you buy through our links, we may earn money from our affiliate partners. Learn more.

Google announced its latest phones on September 30, including the flagship $700 Pixel 5 and a $500 mid-ranger Pixel 4a 5G.

Both phones come with 5G connectivity, which has become a must-have feature for high-end smartphones in 2020 and beyond. With that in mind, Google's mid-range Pixel 4a 5G is the cheapest phone in recent memory to support 5G at $500.

Spec-wise, the Pixel 5 isn't especially exciting, even with its comparatively low $700 price tag. On paper, the Pixel 5 is handily beaten by the recently released Samsung Galaxy S20 FE. Still, it's not all about specs and numbers, so only a deep, thorough review after spending some quality time with the Pixel 5 will get to the bottom of it.

Interestingly, Google has completely done away with the zoom lens and the advanced "Soli" radar technology is was so proud of just one year ago for the Pixel 4. For the Pixel 5 and Pixel 4a 5G, Google has replaced the Pixel 4's zoom lens with an ultrawide lens (and rightfully so). It was Google's mistake to focus all-in on zooming for the Pixel 4 instead of going for an ultra wide lens, which its competitors were adding to their phones.

The company also replaced the Soli radar tech for facial recognition with a good old-fashioned, reliable, and fast rear-facing capacitive fingerprint sensor. Soli also could detect hand gestures made above the phone to control certain things, like skipping tracks with a wave of the hand. Gesture navigation, as it's called, had previously been tried on previous phones, and it was never a popular feature, and it wasn't popular or well developed with the Pixel 4, either. Ditching the Soli tech also means the Pixel 5 and Pixel 4a 5G don't have the Pixel 4's "forehead" — its large top bezel where the Soli tech was.

Google also went with a larger battery for the Pixel 5, as battery life was a constant thorn in the Pixel 4's side, even if it was improved over its life time with software updates.

When I asked Google why it didn't use one of those fancy in-display fingerprint sensors we're seeing in fancy phones these days, the company said that in-display tech is too costly if it wanted to keep the price down for the Pixel phones. The company also said that in-display fingerprint sensor tech aren't as "performant" as traditional capacitive sensors, mentioning especially latency and security, and I couldn't agree more.

For now, check out the specs for the Pixel 5 and Pixel 4a 5G:

You can purchase syndication rights to this story here.

Disclosure: This post is brought to you by the Insider Reviews team. We highlight products and services you might find interesting. If you buy them, we get a small share of the revenue from the sale from our commerce partners. We frequently receive products free of charge from manufacturers to test. This does not drive our decision as to whether or not a product is featured or recommended. We operate independently from our advertising sales team. We welcome your feedback. Email us at reviews@businessinsider.com.