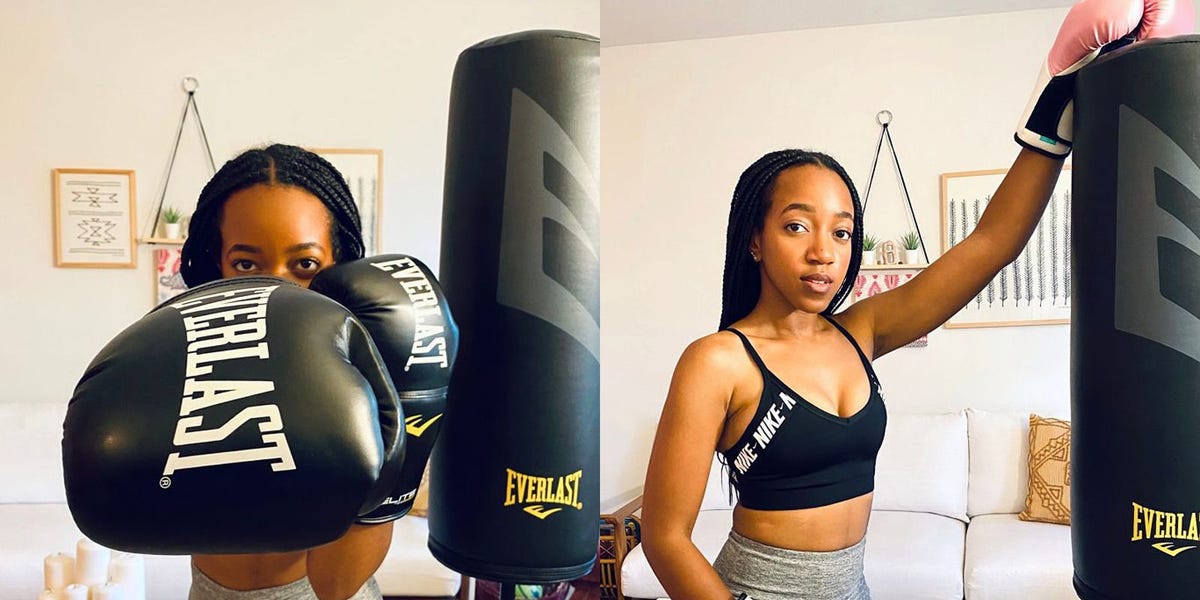 Everlast is looking to take both its gloves and fighting apparel from the ring to the runway.

The sporting goods brand has doubled down on fashion and retail partnerships in recent months, part of a long-term strategy to reach new consumers beyond the boxing gym, according to Chris Zoller, Everlast's vice president of marketing and product development.

For Everlast, this has included everything from a series of strategic (and often unexpected) collaborations with luxury brands like Saint Laurent and buzzy streetwear companies like Supreme to retail chains Kmart, Urban Outfitters, and Bloomingdale's.

"This is a big piece of our strategy to not only elevate our brands, but also reach new distribution points," Zoller told business Insider. "The buzz that some of this generates contributes to interest in the market that helps us develop our message even further."

Taking risks and experimenting with new products has long been woven into Everlast's DNA. Founded in 1910 in the Bronx, the brand got its start as a swimwear company before transitioning into the "sport fighting" category. Its auspicious evolution came thanks to professional boxer Jack Dempsey, who in 1917 asked the then-mom-and-pop shop to make him outfits that could withstand bouts in the ring.

Over the past century, the company has made a name for itself outfitting everyone from professional mixed martial arts athletes like Benson Henderson and Rory Macdonald to beginning kickboxers. According to Zoller, teaming with buzzy brands and major retailers has been a major priority over the course of the past five years, as a means to grow both its product and customer base.

"We use [collaborations] to build cool things that you wouldn't normally think we would build as a hundred-year-old company," Zoller said. "Other hundred-year-old companies have a tendency to try to play it safe and just do what they do and do it great. We want to do that also, but what's important to us is reaching new communities with products that people think are cool and that really makes people think."

One such example is Everlast's capsule collection of high-end boxing pieces launched with Saint Laurent, which debuted in January of this year. Inspired by a famous 1985 portrait series of the artists Jean Basquiat and Andy Warhol in full Everlast gear, the collection features items like a pair of $540 boxing gloves and $220 silk boxing shorts, which are still available on luxury fashion brand's website.

"We have this history of having this tough exterior, given our fight sports background, but we really try to develop products that can make a meaningful impact on people's lives overall, whether it be equipment or apparel," Zoller said.

The Saint Laurent collection was just the next step for Everlast, after steadily gaining cred with the fashion set since dropping its very first capsule collection with Supreme in 2008. Over the years, Everlast has gone on to roll out a series of collectible items with the trendy streetwear company, including branded heavy bags and satin hooded boxing robes — all with resale rates well beyond retail value.

Zoller said Everlast's continued push into the mainstream has in large part been driven by the rise of boxing-inspired boutique fitness studios like Rumble and Title Boxing Club in recent years.

"[Everlast is becoming] relevant for people that may not be looking to our products to fight or to train to fight. But instead of a happy hour after work, they're going into a group exercise group that's inspired by boxing just to burn calories, be fit, be social, and feel tough and empowered," he said.

Everlast's popularity has only grown further during the pandemic. Much like its fitness peers, Everlast has experienced a spike in sales demand from the rise of at-home fitness during the pandemic. Zoller declined to share financial details, given Everlast's status as a private company, but he said that sales are "up considerably" at retail partners like Dick's Sporting Goods.

As Everlast 's name recognition reaching new heights, Zoller said the company is hoping it can use its growing popularity to its advantage when it launches its forthcoming streaming fitness platform in February 2021. While still in its nascent stages, the service is expected to operate similarly to competitor models like Peloton and Apple Fitness Plus, that offer virtual classes from athletes and trainers.

"We're reaching an audience that goes beyond the traditional fight sports fan and it changes a lot of how we message, how we build stories, and how we build products," Zoller said.