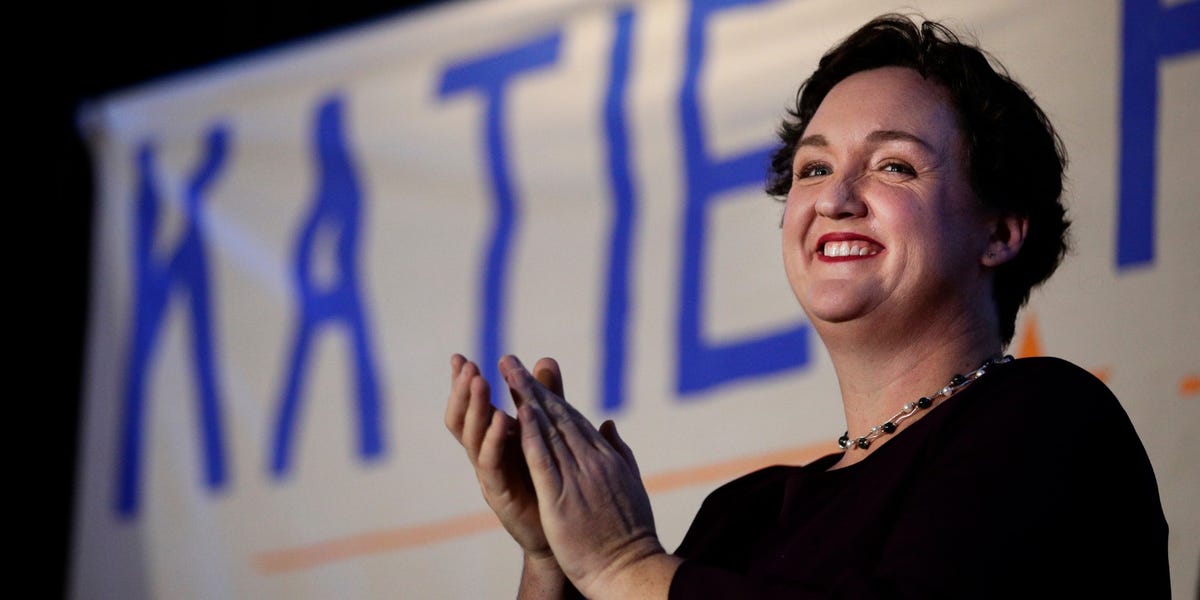 Before being elected to office, Porter was a consumer protection attorney for almost 20 years. In 2012, she was appointed by then-California Attorney General Kamala Harris to become the state's independent banks watchdog during a $25 billion national mortgage servicing settlement.

In 2018, Porter defeated two-term incumbent Mimi Walters as part of a Democratic sweep of the Orange County, making Porter the first Democrat to ever represent the state's 45th Congressional District. Since joining the House, she has become nationally known for her pointed questions during congressional hearings.

Raths, Porter's challenger, was a member of the U.S. Marine Corps for 27 years before retiring. He later served as the mayor of Mission Viejo for one year. Raths' campaign platform is centered upon supporting veterans, increasing border security, and affordable healthcare.

California's 45th Congressional District is located in the southern region of the state. It is home to Orange County and all of the cities of Irivine, Laguna Hills, Lake Forest, North Tustin, Villa Park. The district also includes parts of Anaheim Orange, Laguna Woods, Laguna Niguel, and Mission Viejo.

In the 2016 presidential election, the district voted Hillary Clinton over President Donald Trump in a 50-44 percent split.

According to the Center for Responsive Politics, Porter has raised $8 million – or 10 times more than Raths' $741,000. Raths has only $334,000 in cash on hand remaining for his campaign, 20 times less than Porter with $6.7 million on hand for the November election.

The race between Porter and Raths is rated as "safe Democratic" by Inside Elections, The Cook Political Report, and Sabato's Crystal Ball at the University of Virginia Center for Politics.