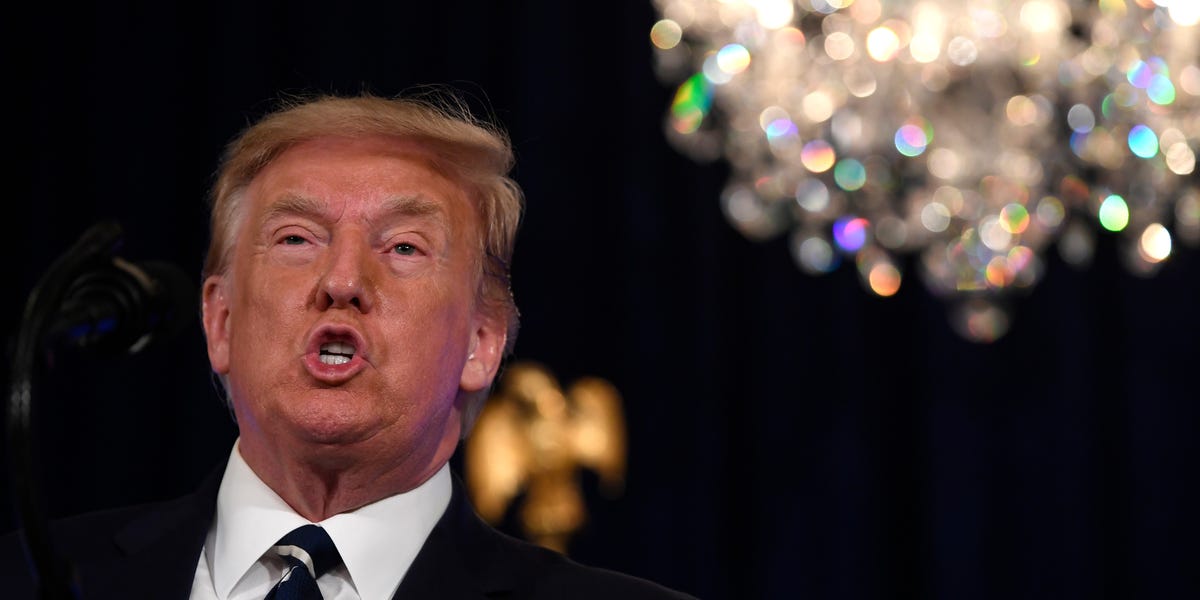 "My administration will provide immediate and vital relief to Americans struggling in this difficult time," Trump said Saturday at a press conference at his private golf club in Bedminster, New Jersey. "And the beautiful thing about this difficult time is that we're now coming back and setting records."

For weeks, lawmakers have been unable to agree on coronavirus relief legislation, and in particular, have clashed over the expanded boost to federal unemployment benefits.  House Speaker Nancy Pelosi has been adamant in extending the $600 weekly boost to federal unemployment, which passed in March as part of the CARES Act and expired at the end of July. But Republicans have been against the expansion, arguing that the weekly boost "paid people to stay home."

Trump on Saturday announced he would order a $400 weekly boost to federal unemployment, of which the federal government would cover 75%, leaving states to cover 25%. Trump told reporters the relief would reach Americans in "very rapid" manner, though he did not say how.

When a reporter asked why he went with a $400 boost rather than the previous $600 weekly increase, Trump argued that the previous boost disincentivized Americans from returning to work.

The president also announced a temporary suspension of the payroll tax, which he said he would want to make permanent if he's reelected in the fall, for Americans earning less than $100,000 per year. He first said the holiday would begin on September 1, though later said it would be implemented retroactively, beginning August 1. The text of the order itself says September 1.

"This will mean bigger paychecks for working families, as we race to produce a vaccine and eradicate the China virus once and for all," he said.

Trump also announced he would extend the 0% interest rate on federal student loans at least through the end of the year, and said he was prepared to extend it past that point at a later date.

"It's not their fault that this virus came into our country," Trump said of those struggling due to the economic impacts of COVID-19. "It's China's fault it came into the world."

He also signed an executive action to direct federal agencies, like the Department of Housing and Urban Development, to work toward preventing evictions and foreclosures. The order offered suggestions but did not explicitly halt either evictions or foreclosures.

But it's unclear whether Trump has the authority to take any of these actions, since Congress holds spending power. A court battle is likely.

Of potential legal challenges to his orders, Trump said he believed such challenges would go "very rapidly through the courts, if we get sued — maybe we won't get sued."

Below are links to the full text of the four executive actions Trump signed on Saturday: