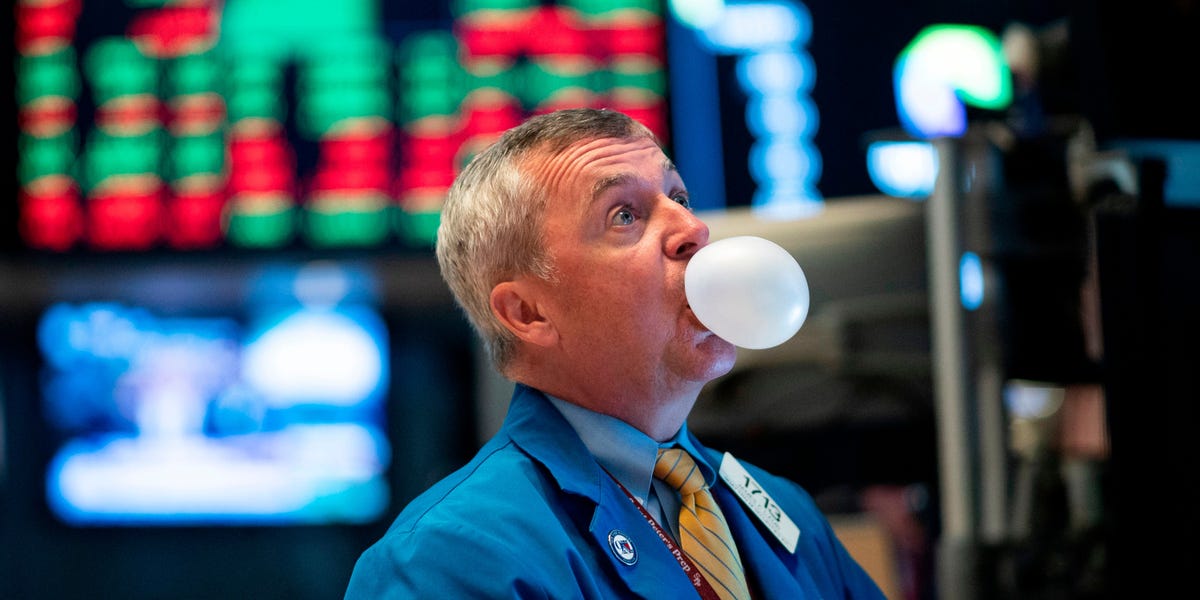 With unemployment situated at 10.2%, annualized second-quarter GDP down 33%, and a global pandemic that seemingly cannot be constrained, it's no wonder why many investors are skeptical of an S&P 500 trading within spitting distance of a new all-time high.

John Hussman — the outspoken investor and former professor who's been predicting a stock collapse — is perplexed, frankly. He has a three-part list handy to explain why.

He added: "That combination holds us to a hard-negative market outlook, but it's also a flexible outlook."

The pliable nature of Hussman's perspective can be attributed to his measure of market internals. It's a proprietary gauge he leans on in order to distinguish between the amount of speculation or risk-aversion present in the market. And if investors are exhibiting exuberant behavior — much like today — he's not going to step in front of an oncoming train. He's going to proceed with caution.

Still, not all aspects of Hussman's viewpoint are malleable — especially when it comes to valuations. In fact, by his measure, investors are currently grappling with "the most extreme valuations in history, which continue to imply a two-thirds loss in the S&P 500 over the completion of this cycle."

To Hussman, today's exacerbated market levels spell bad news for future returns — and not just in the short-term.

"On Wednesday July 29, the U.S. financial markets quietly made history, as our projection of 12-year nominal total returns for a conventional passive portfolio mix (60% S&P 500, 30% Treasury bonds, 10% Treasury bills) fell to -0.45%, the lowest level in history," he said.

Below, Hussman provided his proprietary estimated 12-year annual total return for a conventional portfolio (60% stocks, 30% bonds, 10% cash — blue line) compared against the actual subsequent 12-year returns for that portfolio (red line) to help demonstrate his thinking. His projections have never been lower.

"While 10-year Treasury bond yields are at just 0.6%, we estimate that the 12-year average annual total return of the S&P 500 will fall short of that level by about 2%, producing a very long, but likely interesting, trip to zero or negative returns for more than a decade," he said.

For the uninitiated, Hussman has repeatedly made headlines by predicting a stock-market decline exceeding 60%and forecasting a full decade of negative equity returns. And as the stock market has continued to grind mostly higher, he's persisted with his calls.

But before you dismiss Hussman as a wonky perma-bear, consider his track record, which he broke down in his latest blog post. Here are the arguments he lays out:

However, Hussman's recent returns have been less-than-stellar. His Strategic Growth Fund has returned just 2.4% over the last year, putting it in the 47th percentile relative to peers, according to Bloomberg data. And it's actually declined 1.4% on a three-year basis, putting it in the 23rd percentile.

Still, the amount of bearish evidence being unearthed by Hussman continues to mount. Sure, there may still be returns to be realized in this market cycle, but at what point does the mounting risk of a crash become too unbearable?

That's a question investors will have to answer themselves — and one that Hussman will clearly keep exploring in the interim.

Disclosure: TD Ameritrade is a partner of Insider, Inc.’s business development team, which is separate from its editorial department. We may receive a commission if you open an account.