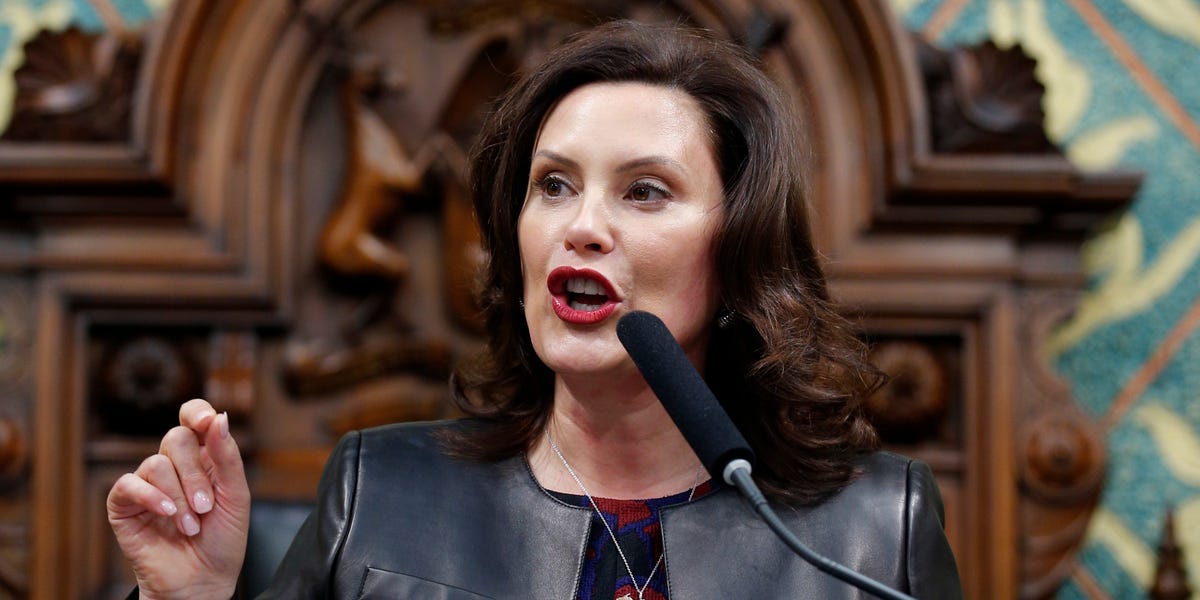 Whitmer, who's long been on Mr. Biden's shortlist of nominees, is the first candidate known to have interviewed with him in person, according to The Washington Post.

Biden campaign insiders told the newspaper that Whitmer has recently gained attention as a potential nominee. Biden, who vowed to choose a woman as his running mate months ago, previously said he'd make his pick this week, but now the decision is expected to come next week.

Should Biden pick a woman and win the November election, his running mate would be the first woman to serve as vice president in the US.

Where Whitmer stands — and who she's up against

Whitmer, known for instituting an aggressive stay-at-home order amid the coronavirus pandemic, has been on Biden's shortlist of candidates for several months. In a March interview with MSNBC, Biden said "she made the list, in my mind, two months ago."

Whitmer served 14 years in the state legislature of Michigan, a state President Trump narrowly won in 2016. She was elected two years later as governor in a landslide victory.