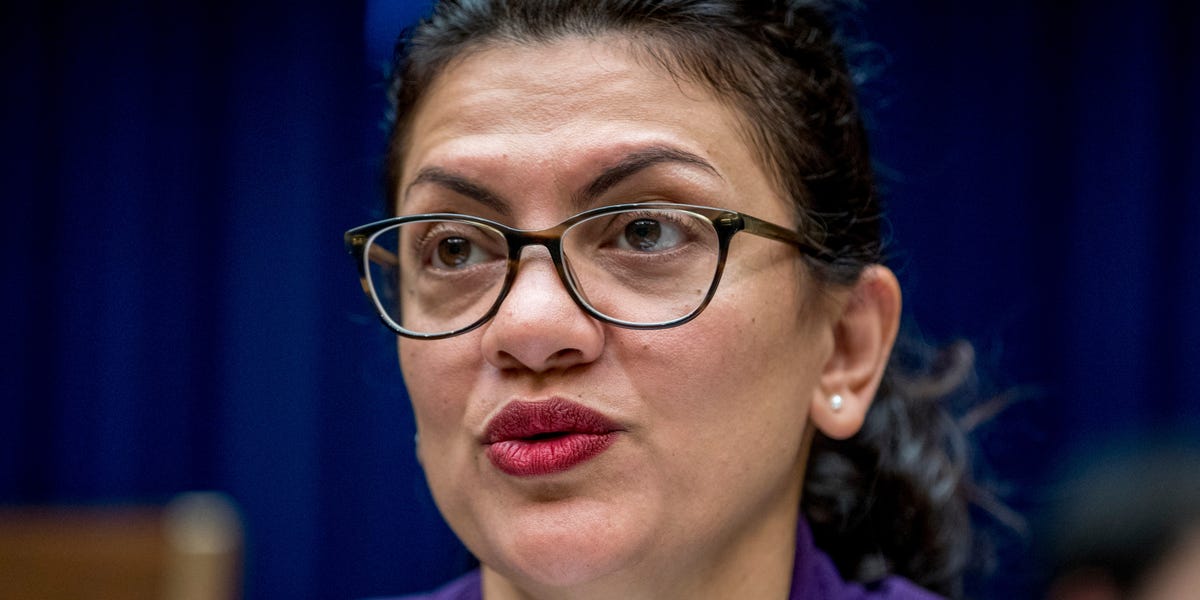 The Democrat-controlled US House Ethics Committee wrist-slapped one of its own today, ruling that Rep. Rashida Tlaib of Michigan used campaign money for personal purposes in violation of federal law.

Tlaib must reimburse her campaign committee $10,800 within the next year, the Ethics Committee ruled.

But Tlaib's violation was "one of bad timing and not ill intent" and she "engaged in good faith efforts to comply" with federal requirements, the Ethics Committee ruled.

The Ethics Committee also "did not find that [Tlaib] sought to unjustly enrich herself by receiving the campaign funds at issue."

Given this, the Ethics Committee unanimously declined to take further action against the freshman congresswoman.

Tlaib's penalty is quite modest by congressional standards; the House reserves the right to censure and even remove members.

Tlaib spokesman Denzel McCampbell said the congresswoman is "pleased that the Ethics Committee has resolved this matter finding that Representative Tlaib made a good faith effort to comply with a complex regulation."

Although it's not a common practice among political aspirants, congressional candidates may under certain circumstances legally accept a salary from their campaign committee.

For example, candidates who forgo employment in order to run for office may take a campaign-funded salary — a rule meant to help candidates' of modest means run for elected office.

The Ethics Committee, however, determined that Tlaib accepted $10,800 in campaign funds following her 2018 general election victory when she was no longer a candidate.

But the FEC currently does not have enough appointed commissioners to legally enforce campaign finance laws, pass formal rules, or issue civil penalties to political candidates or committees — and it hasn't for most of the past 12 months.

The FEC also generally doesn't make its investigations public until after a ruling. Therefore, it's unknown whether there is a pending investigation at the FEC — separate from the Ethics Committee — involving Tlaib.

Agency spokesman Myles Martin confirmed to Insider that the FEC has "no closed enforcement matters on the record regarding this candidate."

If it did, it may be months or even years before the FEC issued a ruling, given its current state.

Tlaib is a charter member of "the squad," a quartet of young, liberal, female freshmen congressional representatives of color, which also includes Alexandria Ocasio-Cortez of New York, Ayanna Pressley of Massachusetts and Ilhan Omar of Minnesota.

Earlier this week, Tlaib easily won her Democratic primary and appears poised to win a second term in Congress.

"If I was considered the most vulnerable member of 'the squad,' I think it's safe to say 'the squad' is here to stay, and it's only getting bigger," Tlaib said in a statement following her primary win.

The Washington Free Beacon last year reported the extent to which Tlaib had personally accepted campaign payments after she was no longer a congressional candidate.