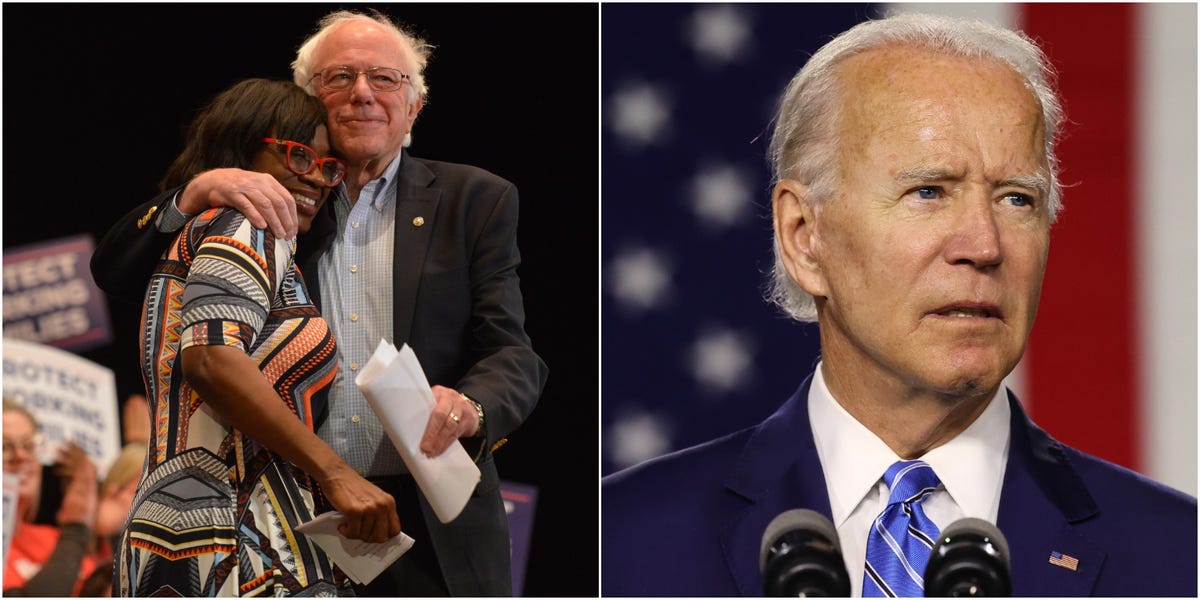 Speaking to The Atlantic, Nina Turner, a co-chair of Sanders' failed presidential campaign, explained why the decision between Trump and Biden is so disappointing for some progressive Democrats.

"It's like saying to somebody, 'You have a bowl of s— in front of you, and all you've got to do is eat half of it instead of the whole thing.' It's still s—," Turner said.

The Atlantic went on to use her quote as one of multiple reasons why Trump could ultimately win reelection despite his being behind in recent polls.

Business Insider reached out to Senator Sanders' office and the Biden campaign for comment on Turner's statement, but did not immediately receive a response from either. It's not clear if Turner is still working for Sanders in another capacity, now that he has dropped out of the race.

The 2020 Democratic presidential primary started out as a field of nearly 30 candidates, and in March whittled down to a competition between Biden, a centrist, and Sanders, a progressive.

Sanders bowed out of the race and endorsed Biden in early April, after devastating losses in states like South Carolina, Michigan, and Florida.

Biden is now the presumptive Democratic nominee, and will face off against Republican incumbent Trump in November.

Since dropping out of the race, however, Sanders has worked with Biden on policy issues. The two men picked representatives who participated in weeks of "Unity Task Force" negotiations, the results of which were released earlier this month.

The recommendations show that Sanders' representatives were able to get Biden's team to move further left on issues like healthcare, criminal justice, climate change, the economy, education, and immigration, according to The New York Times.