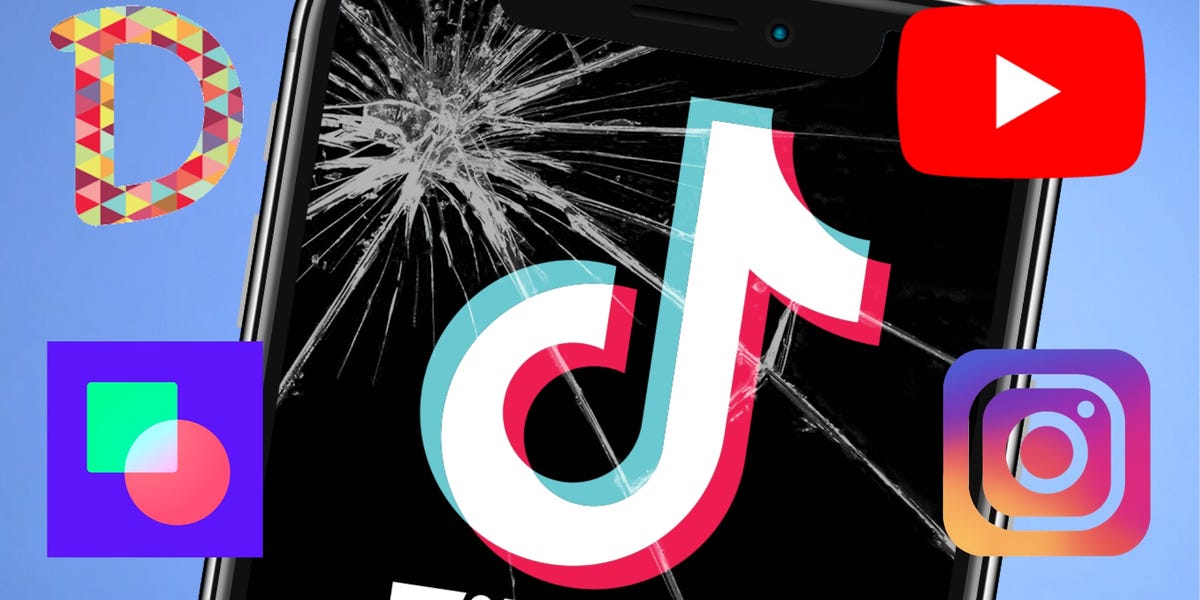 The imminent threat of TikTok disappearing from the US thanks to the Trump administration's suggestion of a ban has signaled panic among users, and tech companies are taking advantage of the chaos to lure the app's loyal following to their competing platforms.

In just the past week, up-and-coming platforms such as Byte — a product of Vine's cofounder — and Dubsmash, best known for housing the original "Renegade" dance, have risen to the top of app charts. And more established tech giants including Snapchat and YouTube have debuted new features — all which heavily borrow from TikTok's short-form video and scrolling format.

The day President Trump threatened to ban TikTok, which is owned by the Chinese company ByteDance, for what he said was punishment for the coronavirus, competing apps that have historically dwindled in TikTok's mainstream shadow saw their download numbers spike dramatically. Byte saw an 126% jump in downloads on July 8, and took No. 1 on the App Store's charts, after generating an average of 1,000 new downloads a day, according to data from app analytics firm Sensor Tower. Data provided to Reuters showed noticeable spikes in downloads for Dubsmash, Triller, and Likee.

Established tech companies no longer see TikTok — with an estimated US userbase at as high as 80 million — as a rising startup, and instead recognize it as a worthy competitor. Big names like Facebook and Google had toyed with creating TikTok competitors in the past, but have only just recently started rolling out viable products. YouTube has started testing its in-app feature for short-form video with a "small group" of people, and developers have discovered Snapchat could be switching out its horizontal swiping motion for TikTok's signature vertical swipe.

Instagram, meanwhile, is currently testing a new TikTok-like format inside of Stories, called Reels, in select countries. Although Reels is not yet available in the US, Instagram told Business Insider it rolled out the feature last week in India — a country that makes up 30% of all TikTok downloads, and where the government recently banned new TikTok downloads amid a border dispute with China.

Although a ban on TikTok in the US may be nothing more than a threat, creators have formulated contingency plans, and are encouraging fans to follow them to other platforms. A timely glitch last week that briefly made video views and like counts reset to zero only added to the panic.

Since TikTok came to the US in 2018, it's been a dominant force, outperforming US-based apps that have attracted younger audiences, like Snapchat and Instagram. The app has since faced scrutiny over how much access and influence the Chinese government is afforded over user data and content moderation. TikTok has been able to brush off lawmakers' calls for investigations and national security experts' warnings. In June, TikTok appointed a US-based CEO in June to try to distance itself from its Chinese roots.