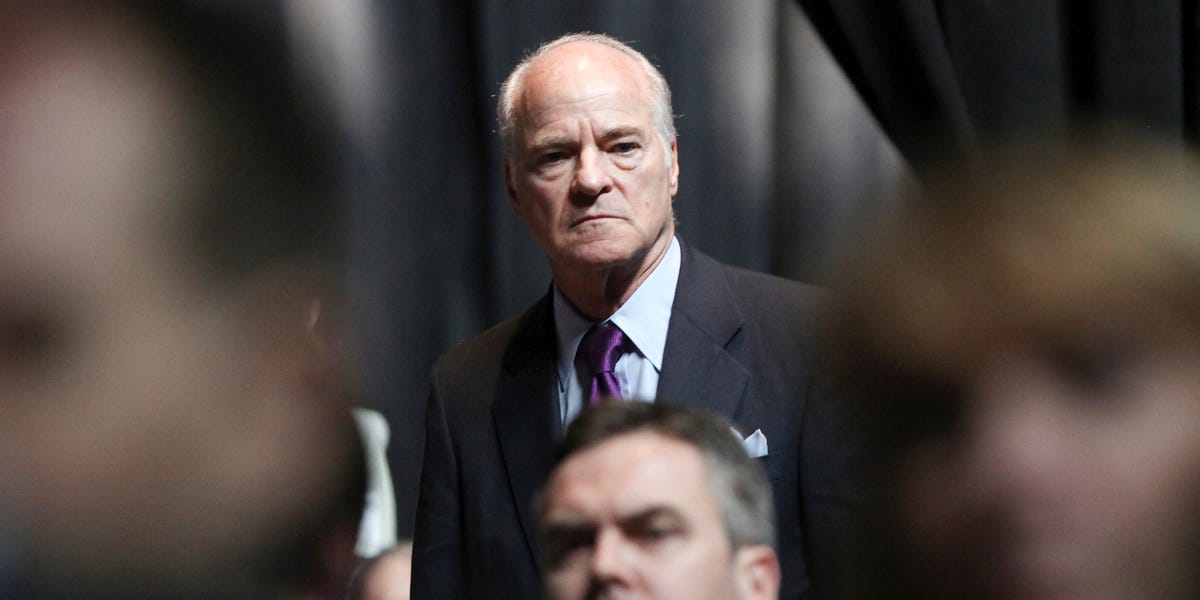 Private-equity firms are starting to look a bit more like Berkshire Hathaway as they tack on insurance arms to their expanding lists of assets.

That was the observation of Columbia Business School professor Donna Hitscherich, who attributed the push into insurance to the PE industry's explosive growth since the 1980s, when their bread and butter was buying companies outshined by corporate conglomerates that weren't getting much attention, and fixing them up before selling them off.

Now, they're getting into far less sexy financial products that deliver a consistent stream of fees, albeit at a lower rate of return — like insurance.

"We are quickly getting into private equity for the masses," said Hitscherich, who pointed to recent guidance by the Department of Labor that allowed certain defined-contribution retirement plans such as 401(k)s to access private equity.

"The more assets you have under management, it's harder to create returns," she explained. "I wouldn't say they are victims of their own success, but they just keep getting bigger and bigger."

The latest push could be seen this week when KKR announced that it would buy Global Atlantic Financial Group, which sells and manages life insurance and retirement products. The $4.4 billion deal will give KKR around 60% economic ownership, and boost its assets under management in insurance to $97 billion from $26 billion.

The deal, which is subject to regulatory approval, would position KKR next to investment behemoths Apollo Global Management, Blackstone, and The Carlyle Group, all of whom continue to turn around companies like the old days, but are now diversifying their portfolio with fixed annuities and long-term life insurance products.

"To the extent that they are managing all of the assets of the insurance company, they have pretty good growth."

Read more: Uber-rich investors hungry for growth have turned their sights on the private market. Here's how wealth firms like Citi and UBS are transforming their businesses to meet those client demands.

The lure of permanent capital for private equity

KKR's expanding assets — and stable management fees that come with it — are perhaps the most attractive features of buying an insurance company with no short-term intent to sell it.

Another draw, analysts said, was the permanent capital that would now be locked up with KKR, allowing it to invest on behalf of Global Atlantic without having to continuously raise money from outside investors.

Its growing pie of permanent capital — which the deal will bring from 9% to 33% of KKR's overall assets under management— means the firm can focus more on expanding Global Atlantic's business through acquisitions and increased sales of existing products, rather than fundraising, people familiar with the deal said.

Already, Global Atlantic more than doubled its assets between 2014 and 2019, as the aging population in the United States kept buying annuities and life insurance plans.

Now, KKR co-president Scott Nuttall said in a Wednesday call announcing the deal that he would supercharge its growth.

"We believe we can help GA grow even faster going forward," Nuttall said Wednesday, "through helping generate even better investment returns, and using our network to access capital to fund more organic and inorganic growth."

Why private equity has been pushing into life insurance

The deal marks the next phase of PE's toehold in the $30 trillion global insurance industry, a stake that has grown larger since 2009 when Apollo partnered with former American Insurance Group executive James Belardi to start creating Athene Holdings.

Others have taken note.

Blackstone got in on the game in 2017 when it bought fixed annuities and life insurance business Fidelity & Guaranty Life, now known as FGL Holdings Inc, for $1.87 billion. After announcing a broader push into insurance last year, Blackstone sold the business to Fidelity National Financial for $2.7 billion.

The Carlyle Group  bought a 19.9% stake in DSA Reinsurance — a reinsurance company with life and annuity insurance, but also property and casualty — from AIG in 2018. It increased its stake in 2019, taking a majority stake in the company, rebranded as Fortitude Re.

"We have relationships with many insurance companies, and several of them have capital tied up in products they sold years ago that are dragging down returns. We also have this great connectivity to world-class investors that might appreciate a new class of asset or risk to add to their portfolios," said Brian Schreiber, managing director and co-head of Carlyle Global Financial Services Partners.

"At Carlyle, what we do best is originate superior value assets, many illiquid and long dated, that match well with those long-dated insurance cash flows," he added.

Some of the largest life insurers have increasingly put investment dollars into the hands of private-equity firms, PE experts say.

Their businesses rely on collecting premiums from individuals, and then investing it wisely — enough to cover claims at the date of mortality events. So, as interest rates have remained low, insurers have looked to alternative assets to invest, which yield higher returns than plain vanilla corporate bonds.

While insurers are often limited partners in PE funds, entering into an outright acquisition takes the relationship to another level, allowing the PE investor to manage all of the assets and scope out new opportunities for growth. And, of course, take a cut of its earnings.

But there are downside possibilities as well.

In KKR's purchase of Global Atlantic, observers noted that the PE shop was buying the majority of the insurance business and placing it on its books — a change in approach from how Apollo, for instance, has managed Athene as a minority stakeholder.

Such a maneuver will mean taking on a bit more risk versus taking a minority stake and keeping it off its balance sheet, one analyst, Autonomous Research's Patrick Davitt, noted. Global Atlantic's earnings will now appear as a line item in KKR's balance sheet, he said.

A line item, though, is a far cry from KKR becoming an insurance giant itself, others pointed out.

That's a point that came through in the Q&A portion of KKR's deal announcement on Wednesday, when co-president Scott Nuttall characterized the transaction as more of a partnership than an acquisition.

"We do not think about this as acquiring an insurance company, per se," he said.

"We think about this as acquiring the majority of an insurance company, where we can partner together, and we can help them increase their investment returns — which should, in turn, allow them to increase their growth."

So, as far as the Berkshire Hathaway references go?

"This is not KKR becoming an insurance company," Nuttall said.

Disclosure: KKR is a large shareholder in Axel Springer, which owns Business Insider.