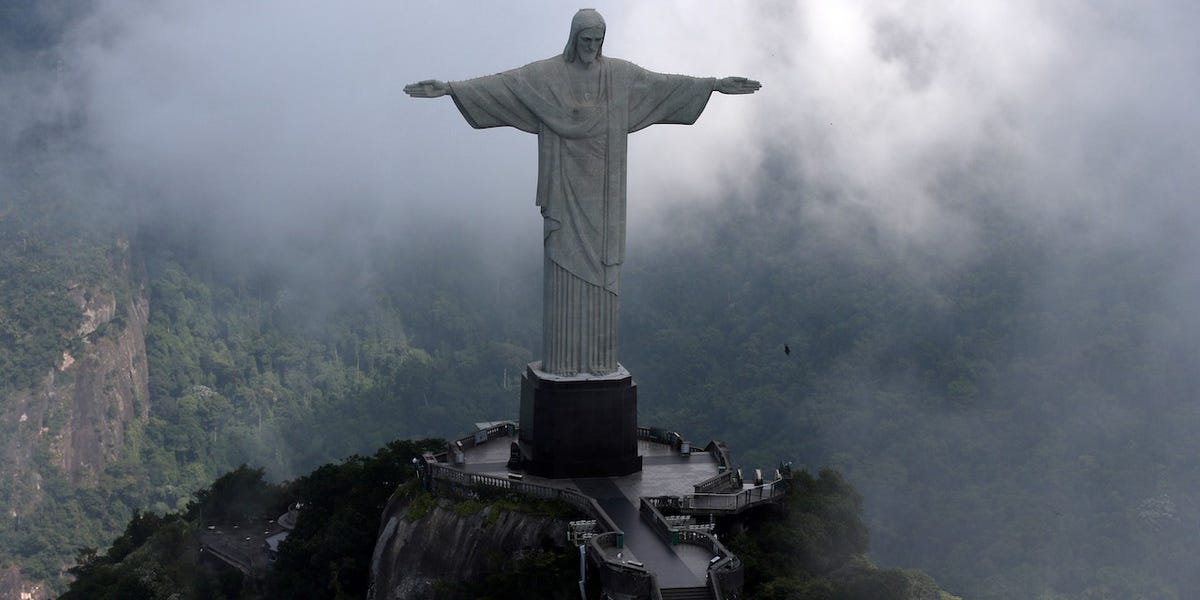 President Donald Trump's reelection campaign bizarrely claimed in a series of ads that the administration would protect Brazil's iconic Christ the Redeemer statue from potential destruction by vandals, the Daily Beast first reported.

This comes as the president has aggressively campaigned against protesters who've torn down or vandalized American monuments and statues, including those honoring Confederate and colonial figures, in recent weeks.

"The President wants to know who stood with him against the Radical Left," the Facebook and Instagram ads read. Under a photo of the iconic Rio de Janeiro statue, it said "WE WILL PROTECT THIS."

It's unclear why the president believes he could protect a monument in a foreign country. The Trump campaign did not immediately respond to a request for comment.

The president recently warned, without presenting any evidence, that demonstrators in the United States are considering attacking statues of Jesus and promised to prevent this from happening. He signed an executive order last week "on Building and Rebuilding Monuments to American Heroes" that mandates a 10-year prison sentence for those convicted of damaging federal monuments.

On Saturday, Trump framed his divisive July 4th speech at Mount Rushmore around what he called "a merciless campaign to wipe out our history, defame our heroes, erase our values, and indoctrinate our children."

"Angry mobs are trying to tear down statues of our Founders, deface our most sacred memorials, and unleash a wave of violent crime in our cities," Trump said in South Dakota. "The American people are strong and proud, and they will not allow our country, and all of its values, history, and culture, to be taken from them."

Trump went on, "Make no mistake: this left-wing cultural revolution is designed to overthrow the American Revolution … To make this possible, they are determined to tear down every statue, symbol, and memory of our national heritage."