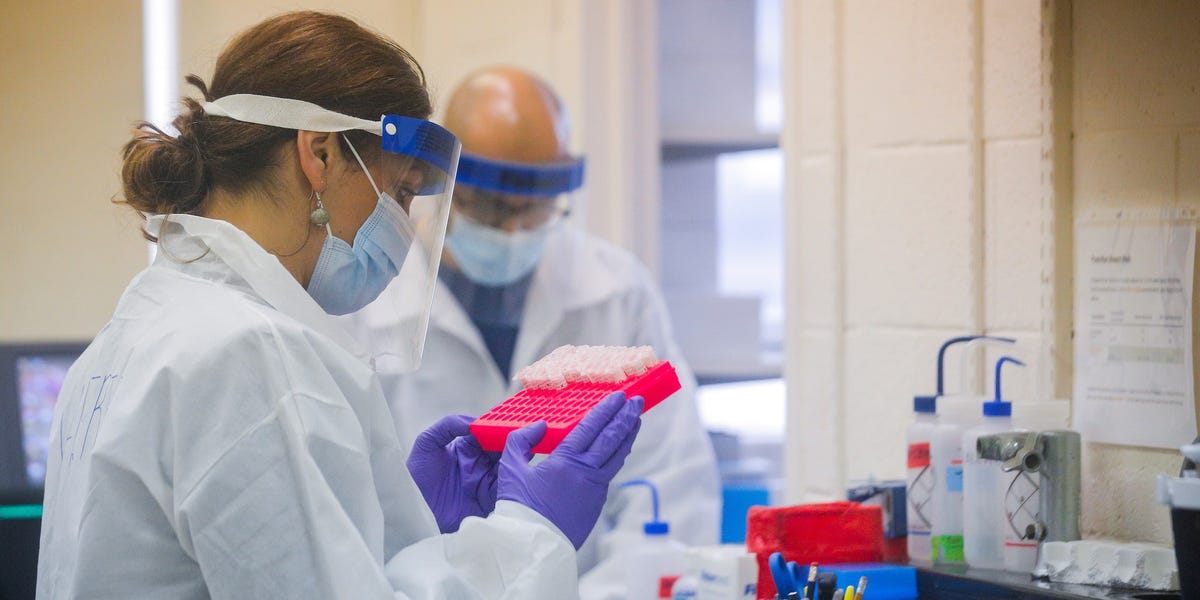 A new strain of the novel coronavirus that's spreading from Europe to the US is more infectious than its predecessor, according to a new global study published in the journal Cell and first reported on by CNN.

Erica Ollmann Saphire, a researcher at the La Jolla Institute for Immunology who worked on the study, told CNN that the mutation is "now the dominant form infecting people."

"This is now the virus," Saphire added. The researchers call the new mutation of the virus, which causes a disease known as COVID-19, G614. The previous strain is called D614.

"Our global tracking data show that the G614 variant in Spike has spread faster than D614," the study said. "We interpret this to mean that the virus is likely to be more infectious. Interestingly, we did not find evidence of G614 impact on disease severity."

"Through March 1, 2020, the G614 variant was rare outside of Europe, but the end of March it had increased in frequency worldwide," they wrote. "The increase in G614 frequency often continues well after stay-at-home orders are in place and past the subsequent two-week incubation period."

The US is currently seeing a resurgence of the coronavirus outbreak after multiple states across the country began reopening despite the fact that they did not meet one or more of the reopening guidelines the White House had put forward.

White House guidelines said that states should see either a two-week decrease in new cases or a two-week decline in their share of positive coronavirus tests before reopening. But according to The New York Times, 18 out of the 30 states that began reopening as of May 7 were still seeing a daily uptick in new cases, while nine out of the 30 states did not have a decline in their share of positive tests.

Six states reopened without meeting any of the criteria: Kansas, Oklahoma, Missouri, Nebraska, Utah, and Iowa.

On Friday, the US reported 51,842 new cases, making it the third consecutive day that the country reported more than 50,000 new infections.

The World Health Organization declared the novel coronavirus a pandemic in March. The US has reported a total of 2,795,437 cases of the disease and 129,438 deaths since the disease gained a foothold within the country in January.

Multiple states have paused their reopening plans to mitigate the spread of the disease, while others have taken extra precautions to ensure they don't see a resurgence of new cases within their borders. Earlier this week, New Jersey, New York, and Connecticut jointly announced that people who come from eight states with high numbers of new cases will be required to quarantine for two weeks.

The European Union, meanwhile, has barred all travelers from the US as it begins cautiously reopening its borders because EU officials do not believe the country has done an adequate job of controlling the coronavirus outbreak. Travelers from Brazil and Russia will also not be allowed to enter the region.